Kevin woke up one day in his car, in a field off the side of the road. He had fallen asleep at the wheel, and in doing so, broke his spine and suffered serious injuries.

It’s like a total transformation. You get back to your normal self again. It’s incredible.

Kevin on his CPAP treatment


For over 10 years prior, he was gradually noticing how tired he was feeling each day, but it wasn’t taken seriously.

“I was beginning to think something was wrong, but everyone else laughed about me falling asleep during the day.”

... my Doctor told me that falling asleep at the wheel usually indicates sleep apnea, and I was sent to the hospital as an urgent case.

As a result, he considered his daytime tiredness as normal and continued on until the Sunday afternoon of the accident. It was this which was his wake up call (literally). The accident made him decide it was time to get checked.

“That’s when my Doctor told me that falling asleep at the wheel usually indicates sleep apnea, and I was sent to the hospital as an urgent case.”

After completing the test, he was diagnosed with severe obstructive sleep apnea.

“Basically, I wasn’t getting any sleep at night, waking up around 60 times an hour.”

The test also found that this was responsible for his raised blood pressure and unusually increased appetite, as his body attempted to compensate.

Kevin started CPAP therapy and hasn’t looked back since.

“Up until my crash I was unaware of my sleep disorder and how the lack of quality sleep had such a negative effect on my quality of life. Since using the machine in the last 5 years, I am able to finally reap the rewards of a good night’s sleep. My eating habits are back to normal and my blood pressure is well within the normal range. If I had been tested for sleep apnea before the crash, I wouldn’t have had to go through 5 years of rehabilitation.”

“If you are in doubt about having sleep apnea, get yourself tested as it may change your life for the better.”

At EdenSleep we offer weekly trials of CPAP therapy, starting at $35 per week, to introduce you to CPAP and help you work out which mask and device are going to be the best fit for you. Ready to get started on a CPAP Trial? Sign up here! 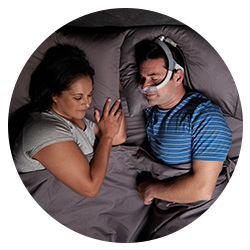 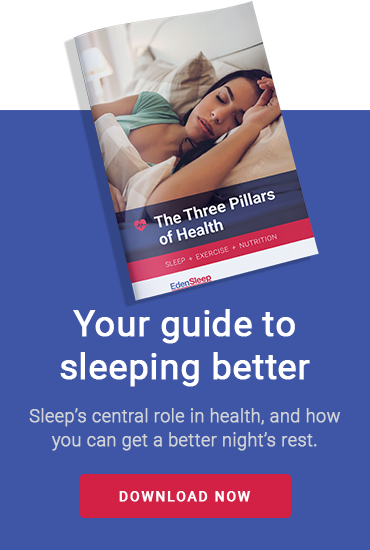